Are you wondering how to get a pardon in Ontario?

We all make mistakes. However, we grow over our mistakes; we accept the consequences, bear with them and come out as a better person.

Some mistakes may lead to a criminal offense. These mistakes are the ones that stay with you forever with consequences that make it impossible to ignore. 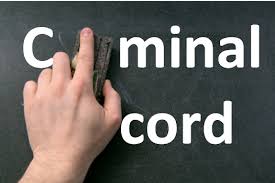 However, you can still put criminal convictions behind your back by putting into place a Record Suspension (formerly referred to as ‘Pardon’).

Don’t worry if you aren’t aware of Canadian pardon services and the terminologies relating to the same; in this article, we’ll be covering this topic in depth. Getting DUI Pardon In Ontario is also important.

What is a Record Suspension (Pardon)?

According to Canadian Legal Resource Centre Inc., a person who has been convicted of a criminal offense in Ontario (or anywhere else in Canada), is at a higher risk of discrimination involving:

A Record Suspension or pardon In Ontario allows people to have their criminal records kept separate and apart from other criminal records, provided they have completed the necessary eligibility requirements.

For those who don’t know what’s CPIC– ‘ it’s a computer-based police information system based in Ottawa.’

A Record Suspension is very important in order for people to have a fresh start and continue through life as if they have never had a problem with the Police before.

Here’s another important takeaway: Under the Criminal Records Act (R.S.C., 1985, c. C-47), the Parole Board of  Canada (PBC) holds the authority to order a Record Suspension for the convictions mentioned either under the Federal Acts or Regulations of Canada.

Why is Getting a Canadian Pardon In Ontario Important?

If a person is convicted of a criminal offense in Ontario, Canada, his or her name is tied to the RCMP’s national database; any name in this database is exposed to background checks unless a record suspension is granted.

And again, for those who don’t know about RCMP-

‘The RCMP, is both a federal and national police force in Canada.’

Whether a person is convicted of one or multiple crimes, his fingerprints, police files and other details remain in the system. As stated above, this can lead to a higher risk of discrimination in several areas.

A Record Suspension is important for it allows a person to seal the criminal record associated with their name. Therefore, that person can proceed through life as if they have never had a criminal record in the first place.

Who can Apply for a Record Suspension In Ontario? 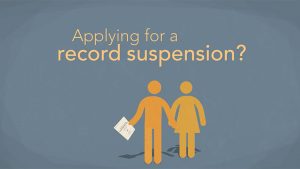 However, there are certain eligibility requirements that one must meet before applying for a Pardon in Canada.

As of 2012, a person is not eligible to apply for a Record Suspension if he’s convicted of:

Depending upon the conviction and sentence, a person might be asked to submit additional documents, including but not limited to the Court Information, Proof of Conviction, Military Conduct Sheet, and Immigration Documents.

When Can a Person Apply For Record Suspension?

A person is eligible to apply for a Canadian Pardon only if he/she has completed all the sentences followed by the waiting period.

In addition, a person needs to fulfill the following requirements:

If a person had completed all the aforementioned requirements, he/she must also complete the prescribed waiting period(s); the waiting period for different offenses are as follows:

According to the legislation, the convicted person must have completed the following waiting periods:

How Long Does It Take To File A Record Suspension In Ontario? 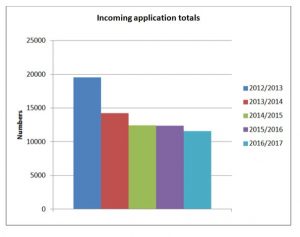 Prior to submitting your Record Suspension application to the Parole Board of Canada, it can take up to 4 to 6 months just in the preparation of the application and obtain the supporting documents.

The preparation time depends on several factors, including how quickly RCMP processes a person’s fingerprints, how quickly backlogs of local police and courthouse(s) are collected, and whether or not the criminal record matches the court documents.

How Much Does It Cost To Apply For A Record Suspension In Ontario?

It costs $631 to file a Record Suspension in Ontario, Canada. But that’s just the application cost. A person filing a pardon has to bear several other expenses, including but not limited to criminal records, local police records and checks, court documents and immigration records.

The Canadian government has steadily increased the Pardon application fee. What was once $50 was later hiked to $150 and then quadrupled to $631 in 2012.  We are currently fighting the increase in fee’s as we do not believe the Record Suspension (Pardon) is only for the rich.

We have developed comprehensive payment plans that allow anybody living on a low or fixed income to afford the privilege of having their criminal record sealed.

Does Record Suspension Allow Entry In The US?

A convicted person who has been granted a Record Suspension will still need a US Entry Waiver to travel to the United States.

What is a travel waiver? It’s a document issued by the country a person wants to travel, allowing him to enter even if he does not meet the entry requirements.

Having said that, the US prohibits the entry of people who have been convicted of several crimes. The list of crimes along with application forms and instructions can be found on the official website of US Citizenship and Immigration.

A US Entry Waiver is issued by the US Custom and Border Protection, an agency of the Department of Homeland Security.

Limitations Of A Canadian Pardon

A Record Suspension certainly improves a convicted person’s life; for it offers them the confidence of background checks without worrying about the results. However, everything has its own limitations and a Canadian Pardon  is no exception; here are a few things you should know:

Where To Get Help With Pardons In Ontario?

At Canadian Pardon Application Services, our experts specialize in helping Canadians to seal their public record of criminal offenses, so they can lead a normal life without any unnecessary interruptions. For further information, please contact us here.

Record Suspension vs Pardon in Canada Officially, a “pardon” is when a government seals a police record away if an individual has served a...

Parole Conditions in Canada: Reasons Why You Can’t Be Pardoned by the Parole Board of Canada

Whether it’s the inability to hold down a job or the improbability of traveling abroad, there are various ways a Canadian criminal record can...